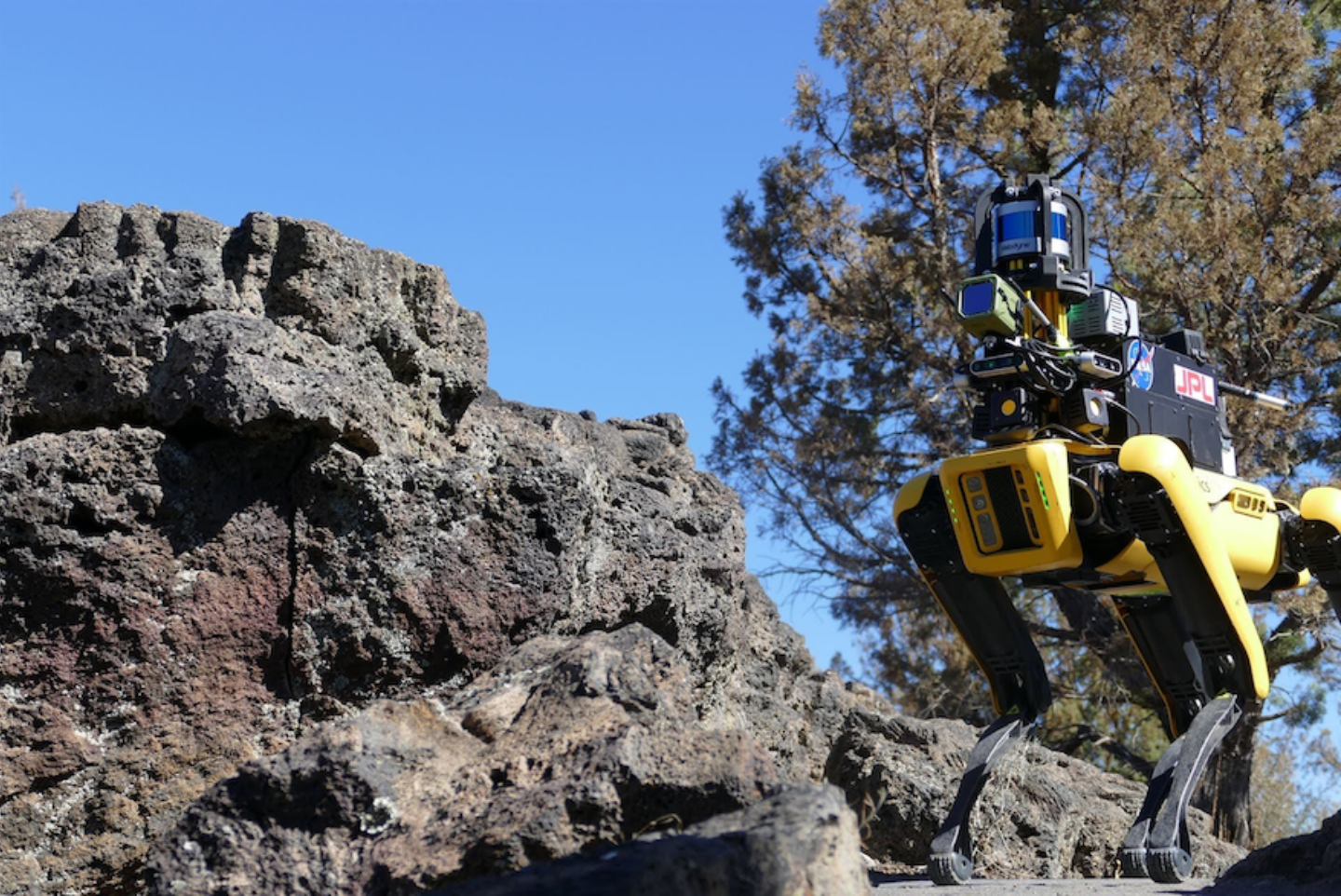 The DARPA Subterranean Challenge looks to enhance the autonomy of robotics systems to rapidly explore underground environments — both on Earth and in space. It aims to accelerate state-of-the-art research for the military, commercial industry, and the government. To compete, teams have to develop fully autonomous systems to explore subsurface voids with a dual focus on planetary exploration and terrestrial applications, such as search and rescue in mines, caves and after natural disasters.

Team CoSTAR is a collaboration between the NASA Jet Propulsion Laboratory (JPL), Massachusetts Institute of Technology (MIT), California Institute of Technology (Caltech), Korea Advanced Institute of Science and Technology (KAIST), and Sweden’s Luleå University of Technology (LTR). With a team of 60 engineers from around the world, CoSTAR is one of ten teams participating in Defense Advanced Research Projects Agency's (DARPA) three-year, four-part Subterranean Challenge. The challenge comprises three circuits — the Tunnel Circuit, the Urban Circuit, and the Cave Circuit — followed by the Final Event, which incorporates all three environments. If successful, the team would be granted $2 million to go towards funding future research projects. Team CoSTAR has finished second in the Tunnel Circuit and first in the Urban Circuit, and at the time of writing, is working towards competing in the Cave Circuit and Final Event.

Each circuit’s terrain is vastly different. Some challenges are set on rough terrain, some include low-light scenarios, and some even include flights of stairs. The autonomous robots must be able to navigate in poor conditions, which, during testing, often results in them falling down and critical parts breaking. Not only did team CoSTAR need to be prepared ahead of time with an impact-resistant, lightweight autonomous system, but they also needed to perform quick field maintenance for broken parts and rapidly iterate on designs in between runs to keep ahead of the competition. If a part were to fail in the field, it could result in CoSTAR not being able to complete the circuit. The team is frequently pushing into the unknown, so they need the necessary tools to react quickly.

The team is working with Boston Dynamics, and has several Spot robots on loan for the competition. CoSTAR’s engineers and designers had to rapidly design and create extra components such as brackets and enclosures to ensure the Spot could successfully complete the circuit. Previously they used wood, machining, or laser cutters to get the parts made. They knew they needed another option to keep ahead of the other teams, and 3D printing was the perfect solution for quick iterations and fixing parts at the point of need.

To address this need, the team brought on a simple PLA 3D printer. However, it was only capable of printing parts that were useful for prototyping, not for eventual production — essentially, the parts weren’t strong enough to be used out in the field by a robot going into uncertain terrain with the possibility of critical components being damaged. One crucial example is the expensive lidar sensor on top of the robot, which must be protected at all costs. The material used to protect it must possess great stiffness and vibration dampening properties in order for the signal from the sensor to provide valid, usable outputs. The team also found that their PLA 3D printer was producing inaccurate parts with poor surface finish, so they were spending far too much time sanding down the parts after they were printed. What they needed was a robust system that could be brought into the field to rapidly prototype designs and then print the production parts after testing, without the hassle of time-consuming post-processing.

Fortunately, the team had access to a Markforged 3D printer. As several CoSTAR team members work for JPL, the team was already armed with the knowledge that Markforged 3D printers and powerful cloud-connected Eiger software could produce lightweight, strong, functional parts, without any geometry constraints. The team realized that Markforged was a robust choice to achieve all their requirements. The team found that the brackets and mounts printed using the Markforged platform actually outperformed aluminum counterparts, and were much lighter. On top of that, the parts the team 3D printed on their Markforged printer could be knocked and reused without any failure. The team printed a 3D printed cage for the team’s $7,000 lidar sensor using the team’s many Markforged 3D printers and continuous carbon fiber reinforced material. While the part took some knocks, the lidar sensor never took any damage.

During the competition, the team increased the number of Markforged printers they had from one to three with the help of Markforged partner GovSmart. Markforged then sponsored the team in 2020 and provided a fourth printer. CoSTAR brought the printers out to the first two challenges, setting several of them up in their hotel rooms to produce parts overnight for field use the next day. Trust in their 3D printers was extremely important for the team, as they would often spend long nights designing parts with the hope to test and integrate them the next morning. Fortunately, their Mark Two 3D printers only delivered quality products.

The robustness of Markforged printers, the reliability and repeatability of parts produced, and the fact that the Digital Forge creates beautiful, functional parts that do not require any post-processing makes Markforged an ideal additive manufacturing technology.

The DARPA Subterranean Challenge may just be a competition for some, but it’s far more than that for CoSTAR. For them, the challenge is a starting point to work towards enabling underground exploration on the moon, Mars, and even some of the moons of Saturn and Jupiter. By building the robotic capability for the competition, the team hopes to enable future NASA JPL missions for exploring underground environments to learn about the development of life, whether there was life on other planets, and if there’s potential for human habitation in the future. And additive manufacturing technology is helping them to prove that new technologies can get them there.

Questions or Inquiries?
‍
Feel free to consult a specialist to learn more about our products.